How Religion and Math Essentially Describe the Same Reality 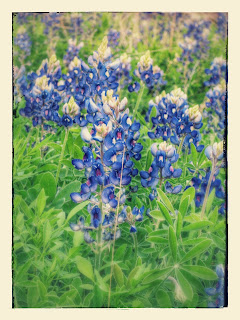 Leopold Kronecker said, “God made the integers; all else is the work of man.” This idea doesn’t represent reality but it does represent man’s understanding of reality. Man’s knowledge has barely scratched the surface of God’s reality.

I would like to show how God’s laws and mathematical principles describe the same thing. The natural numbers are 1,2,3,4…  There is nothing natural about a number less than zero because more of nothing is still nothing. However, we call all the positive and negative numbers integers. Integers are the result of addition, subtraction and multiplication functions but when we divide, we don’t always get an integer. That is when the term rational number is used. A rational number is a number that can be made by dividing two integers. Rational numbers are all along the number line. However, in between, some of them are irrational. These are numbers that can’t be written as a fraction. They have an unrepeating sequence of digits after the decimal point that continue infinitely.

God operates in a reality that is perfectly compatible with infinity. In his laws he explains that justice and mercy both exist. I propose that justice is like a rational number. In addition, mercy is like an irrational number that has infinite potential.

So why would God expect justice if it is as rare as a rational number?

Repentance can be compared to a function that produces an irrational result. Mercy only exists in between the rational aspects of justice. Justice, or rational numbers, cannot be destroyed. Everyone who breaks the laws of god, deserving the title sinner, has performed a function with a perfectly rational result. God cannot destroy the results but he can explain how mercy can be applied. It is called the “infinite” atonement.

Consider Alma 42:15, “And now, the plan of mercy could not be brought about except an atonement should be made; therefore God himself atoneth for the sins of the world, to bring about the plan of mercy, to appease the demands of justice, that God might be a perfect, just God, and a merciful God also.”

God himself makes up the difference between irrational and perfection which he alone is capable of doing.

Isaiah warned in the Old Testament, “None calleth for justice, nor any pleadeth for truth: they trust in vanity, and speak lies; they conceive mischief, and bring forth iniquity.” (Isa 59:4) This speaks to man’s understanding of reality. Man thinks that justice and mercy are old wives tales, but they are the reality explained in a way humans understand. They represent laws that are eternal and will go into effect at some time if not immediately. The fact that we cannot see has no bearing on what is true. “Therefore is judgment far from us, neither doth justice overtake us: we wait for light, but behold obscurity; for brightness, but we walk in darkness. We grope for the wall like the blind, and we grope as if we had no eyes: we stumble at noonday as in the night; we are in desolate places as dead men.” (Isa 59:9-10)

Check out my new blog at Crown of Salvation.
Posted by MommaM at 6/15/2018 No comments: Links to this post