My Personal Connection to the Children of Israel

1.  The gap between aspirations and reality
2.  The Israelites conflicting desires
3.  Returning to God is a process

When I was a young woman, I participated in a four year program designed to prepare young women for adulthood.  We set goals with the help of advisors to learn about and practice standing for truth and righteousness.  We set our own regular scripture study routine and kept a personal journal.  After I grew up and left home, I went to college in another state.  I saw the values other young people were living and I compared these with my own.  Growing up meant choosing my own path without supervision.  I made some choices I regret that were not aligned with my Christian values.

At the age of 21, I married and my first child was born a year later.  I chose to marry because above all other desires, I wanted to enter marriage and be a mother.  However, the misaligned desires didn’t go away as I embarked on my life’s work.  As Jesus said, "no man can serve two masters."  I have tried to serve two masters.  Recently I arrived at the point where I had to pick one, let the other go, and acknowledge to those in my inner circle my regret at how my choices have affected them.

For hundreds of years, these conflicting desires were manifest in a vacillating loyalty to God and his prophets.  Sometimes the people followed God and sometimes they followed the idolatrous traditions of the surrounding cultures.

Returning to God is a difficult process because it involves admitting my weaknesses.  I can’t change any behaviors that I won’t admit to doing.  I have to be honest about where I really am in relation to God.  He has provided a way for me to return to him.  That way is through his Son, Jesus Christ.

I made a video about how Christ is the Redeemer
In this post I'm trying to clarify how I relate to their story
Posted by AndreaM at 5/25/2014 No comments:

God is Found in Still Places

Earthquakes and fires are aspects of the natural world that get a lot of attention.  They are like loud music with a heavy beat and sparkly clothes in neon colors.  God is not going to come down and get your attention with any of these things.

When I have been lucky enough to find God, he was in still places.  I have found him in moments of quiet reflection out in nature.  I have been blessed with his presence in my home at night after the kids were in bed.  I have found him in in places that were externally loud but internally I was very still.  However, if I am in a state of internal turmoil and my environment is distracting, I can’t find God anywhere.

When I go to worship God at church it is very important that the environment invites God’s presence.  My church’s worship service doesn’t have a band with singing performers.  The hymns are accompanied only by an organ or piano.  Some people question this type of service in the modern age.  If God is to be found in modern churches, they will be places without a lot of distractions because of what God taught Elijah. 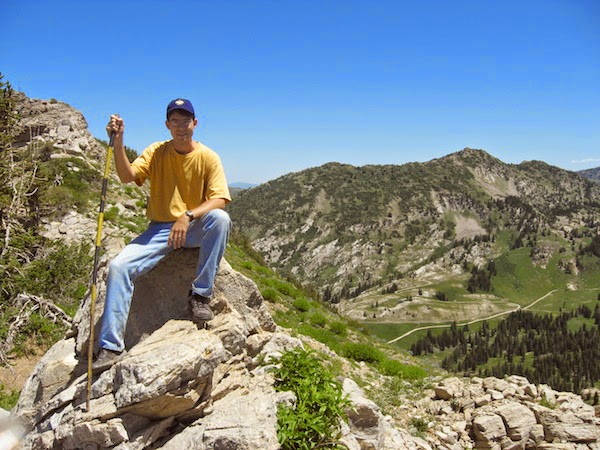 My dh in a naturally still place 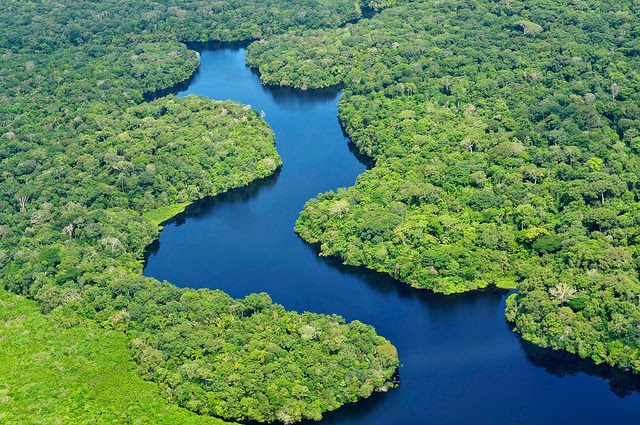 Aerial View of the Amazon Rainforest, Photo by Neil Palmer

I think everyone has a mission but only happy people are living their mission.  A mission is a purpose to life’s tasks that is uniquely mine and gives me satisfaction.  It can be as small as a garden or as large as saving the rainforest but it has to serve humanity.  There is no mission that serves the self.  I can have different missions at different phases of my life and all of my missions are part of God’s mission.

Here are some basic kinds of missions:

I personally am passionate about education and spirituality.  I spend most of my free time in one of these two pursuits.  Both of these have a component that serves myself but I like to share what truths I’ve gathered with others.  The mission I’m living right now has to do with feeding hungry children and nurturing their hearts.  So these eight basic missions can be combined or divided to describe what my unique contribution is in life.

I think that we can allow things to stop us from living our mission.  They might be:

When we are finally living our mission it is like we are finally living our dream.  Not in our imagination but in reality.  Every day is energizing - physically and mentally.   We find that we are able to give more because we want to give not because we’re paid to give.  Steven Covey talks about how the right mission can energize a company.  It can also breathe new life into our families and our personal lives.

My sister wrote about missions on her blog.  I wrote this post before I read her post so you might enjoy seeing our two unique takes on the subject.