“The process of gathering spiritual light is the quest of a lifetime.”
- Dieter F Uchtdorf (Source) 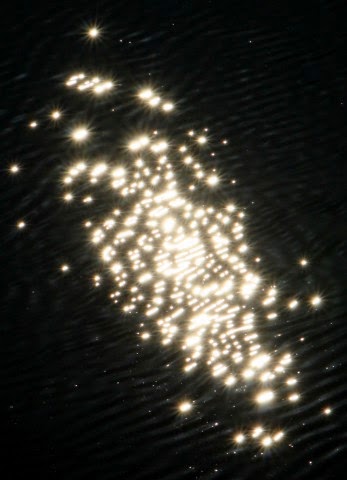 “First of all, we must establish just what light is. How would you define it? Too often we take for granted some seemingly commonplace things, but we cannot define them. The term light has several meanings in science and philosophy, but for simplification we will concentrate on Webster’s ideological definition, which calls it something that makes vision possible, or spiritual illumination.
Though scientists vary in their understanding of the nature of the substance of light, they do say that all energy has its origin in light (mostly from the sun).

"We know that without physical light we cannot see the things around us or even where we are going; and without spiritual light we cannot have knowledge or understanding. We should note that many who cannot see with their physical eyes are not left in darkness, because they have the same opportunity as others for enlightening their minds through spiritual illumination.

"Darkness is described as a condition devoid of light; not receiving, reflecting, transmitting, or radiating light; not clear to the understanding; or showing evil traits and desires. Complete darkness, then, would be the absence of light and truth and thus would not exist in intelligence.”  - N Eldon Tanner  (Source)

There is an aspect of mortals that is eternal and holy.  This is the part of the soul called Intelligence.  In my theology, this part is light and was not created.  Whereas God is the father of our souls as also our mortal parents procreated our earthly bodies, therefore we exist as a combination of spiritual and earthly matter.  (Source)

The light within us is subtly visible and described as a “show of the countenance.”  Some people have a “bright” countenance and others a “dark” countenance.  We receive light from the presence of God. (Source)  It comes from the Holy Spirit independent of our religious beliefs because we “listen” and accept it.  “For the word of the Lord is truth, and whatsoever is truth is light, and whatsoever is light is Spirit, even the Spirit of Jesus Christ.” (Source) 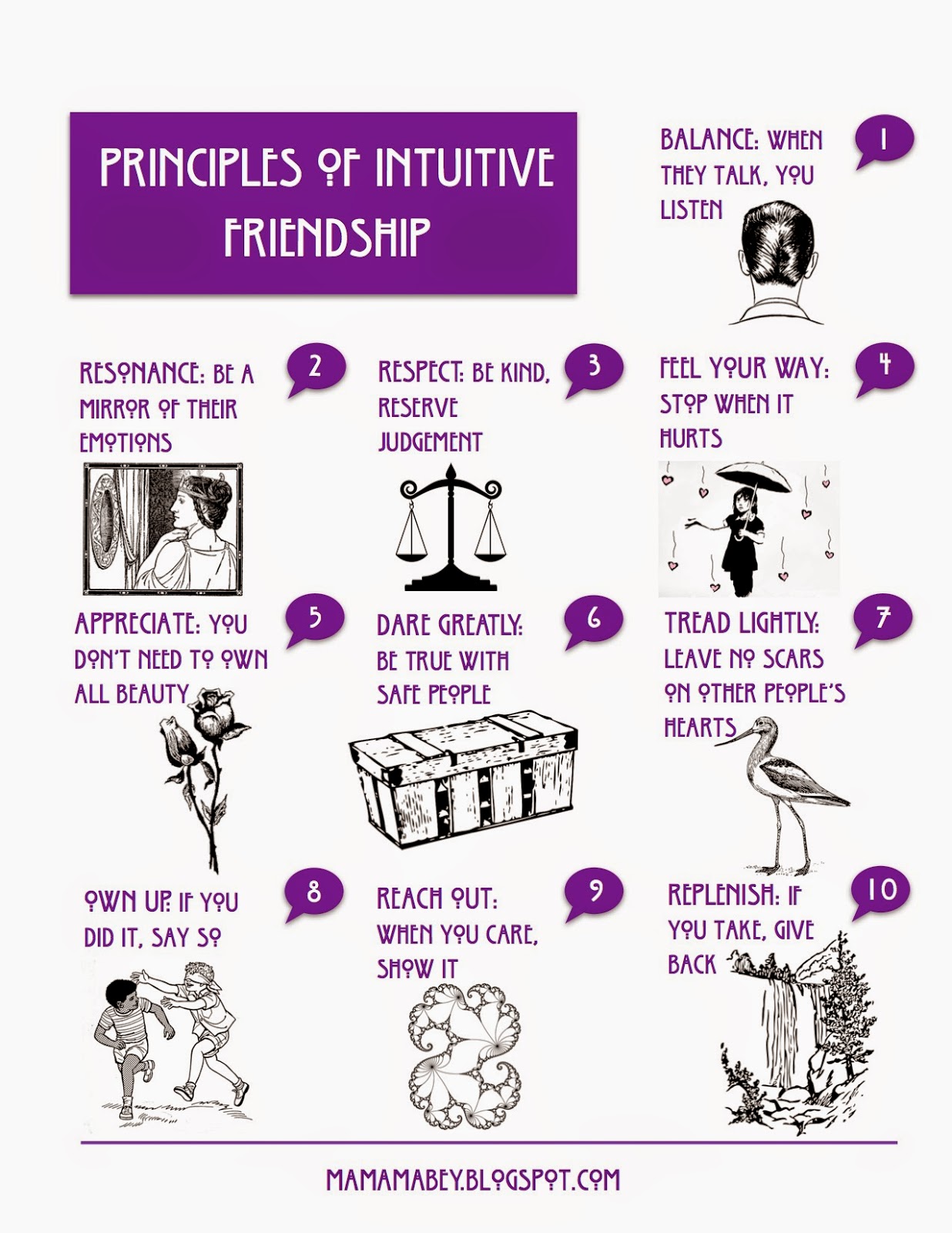 The idea in #6 comes from the book Daring Greatly:  How the Courage to Be Vulnerable Transforms the Way we Live, Love, Parent, and Lead by Brené Brown.

Sign up to get Mama's Perspective in your inbox

Five Reasons To Believe in God 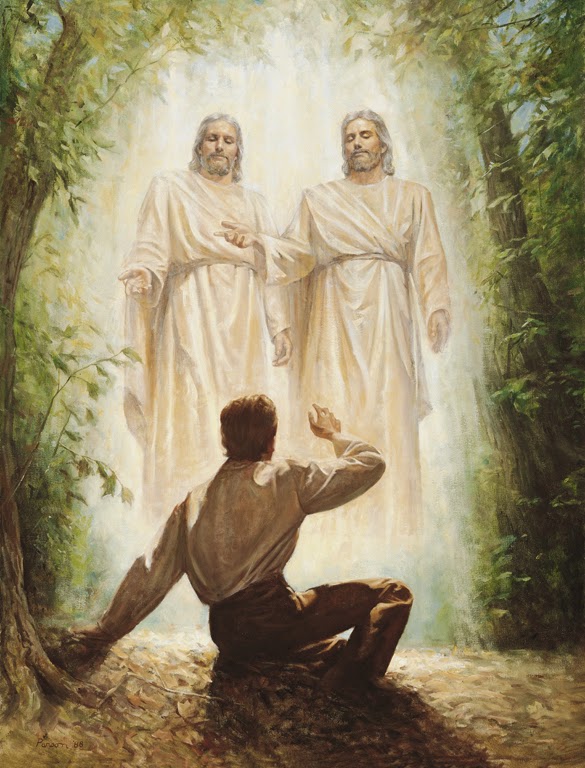 Five Reasons to Believe in God
My baby is learning to walk.  I hold his fingers and he takes little tentative steps.  Sometimes we need someone to hold our hands while we learn to believe in God.

Who is God?  God is a male being who executes all things in the Universe with his words.  He is the literal father of Jesus Christ and we mortals are taught to refer to him as our Father.

“Behold, great and marvelous are the works of the Lord.  How unsearchable are the depths of the mysteries of him; and it is impossible that man should find out all his ways.  And no man knoweth of his ways save it be revealed unto him; wherefore, brethren, despise not the revelations of God.  For behold, by the power of his word man came upon the face of the earth, which earth was created by the power of his word.  Wherefore if God being able to speak and the world was, and to speak and man was created, O then, why not able to command the earth or the workmanship of his hands upon the face of it, according to his will and pleasure?” Jacob Chapter 4:8-9

Where does he live?  near the star Kolob as described in an ancient text by the patriarch Abraham

What does he look like?  John the Revelator said, “His head and his hairs were white like wool, as white as snow; and his eyes were as a flame of fire; And his feet like unto fine brass, as if they burned in a furnace; and his voice as the sound of many waters.  And he had in his right hand seven stars: and out of his mouth went a sharp two-edged sword: and his countenance was as the sun shineth in his strength.  And when I saw him, I fell at his feet as dead. And he laid his right hand upon me, saying unto me, Fear not; I am the first and the last:  I am he that liveth, and was dead; and, behold, I am alive for evermore, Amen; and have the keys of hell and of death.”  Revelation Chapter 1

When Moses “saw God face to face, he talked with him.  And the glory of God was upon Moses; therefore Moses could endure his presence.  And God spake unto Moses, saying: Behold, I am the Lord God Almighty, and Endless is my name; for I am without beginning of days or end of years; and is not this endless?  And, behold, thou art my son; wherefore look, and I will show thee the workmanship of mine hands; but not all, for my works are without end, and also my words, for they never cease.”

And  “Abraham, talked with the Lord, face to face, as one man talks with another; and he told me of the works which his hands had made; And he said unto me: My son, my son (and his hand was stretched out), behold I will show you all these. And he put his hand upon mine eyes, and I saw those things which his hands had made, which were many; and they multiplied before mine eyes, and I could not see the end thereof.”

Enoch, observing both the blessings and challenges of mortality, turns his gaze toward the Father and is stunned to see Him weeping. He says in wonder and amazement to this most powerful Being in the universe: “How is it that thou canst weep? … Thou art just [and] merciful and kind forever; … Peace … is the habitation of thy throne; and mercy shall go before thy face and have no end; how is it thou canst weep?”Looking out on the events of almost any day, God replies: “Behold these thy brethren; they are the workmanship of mine own hands. … I gave unto them … [a] commandment, that they should love one another, and that they should choose me, their Father; but behold, they are without affection, and they hate their own blood. … Wherefore should not the heavens weep, seeing these shall suffer?”

In 1820 Joseph Smith saw God and described the experience, “When the light rested upon me I saw two Personages, whose brightness and glory defy all description, standing above me in the air. One of them spake unto me, calling me by name and said, pointing to the other—This is My Beloved Son. Hear Him!”

Later Joseph saw Jehovah and described it with these words, “The veil was taken from our minds, and the eyes of our understanding were opened.  We saw the Lord standing upon the breastwork of the pulpit, before us; and under his feet was a paved work of pure gold, in color like amber.  His eyes were as a flame of fire; the hair of his head was white like the pure snow; his countenance shone above the brightness of the sun; and his voice was as the sound of the rushing of great waters, even the voice of Jehovah, saying:  ‘I am the first and the last; I am he who liveth, I am he who was slain; I am your advocate with the Father.  Behold, your sins are forgiven you; you are clean before me; therefore, lift up your heads and rejoice.’”

4 Ways to Find Out For Yourself:

The Christian tradition has centuries of recorded eye-witness accounts.  Most of us will not be eye-witnesses but we can have our own personal witness of the reality of God.  This comes as we study eye-witness accounts, ask questions, worship sincerely asking God for knowledge and replace the darkness within for the truth.  As we try out the idea of God-worship and attribute the good in our lives to his blessings, our doubts are replaced by faith.  Attributing good things to luck or survival-of-the-fittest increases doubt because we feel less divinely protected in the world.


The feeling of love that fuels worship comes from a couple of simple truths.  God is the father of our spirits and has an interest in our growth and happiness.  He sees us in the circumstances of this life.  He knows all our strengths and weaknesses and yet never ceases to love us.  Being seen and loved unconditionally is incredibly encouraging.  God offers us the protection that we so desperately need in this uncertain world.  The Bible says, “But there shall not an hair of your head perish.  In your patience possess ye your souls.”  Luke 21:18-19  This says that we must be patient with this life and trust that not a hair of our heads will be lost when all is said and done.  Divine protection guarantees that all losses are temporary.

In Confidence Is Your Strength

An Ensign is a junior officer in the army who carries an ensign or flag.  Here is a picture of a Civil War soldier holding the flag which is full of bullet holes from battle.  In battle, an ensign holds the flag showing the soldiers that the fight has not yet been surrendered.  When the flag goes down, the battle is over, unless the Ensign has been shot, in which case a fellow soldier immediately raises the flag and becomes the new Ensign.

I don’t know if Ensigns held flags during Israelite battles but the idea of an ensign (flag) is referred to nine times in the Old Testament.

Isaiah speaks of a political alliance that Israel made with Egypt to gain protection from the Assyrians.  “Therefore shall the strength of Pharaoh be your shame, and the trust in the shadow of Egypt your confusion…For the Egyptians shall help in vain, and to no purpose: therefore have I cried concerning this, Their strength is to sit still.”  (Isa 30:3,7)

Isaiah’s prophetic counsel to the Israelites is to confidently hold ground.  “For thus saith the Lord God, the Holy One of Israel; … in quietness and in confidence shall be your strength.”  (Isa 30:15)  Confidence is a hard stance to hold when you are afraid.

As the story goes, the people’s response to this counsel was to run.  “But ye said, No; for we will flee upon horses… and, We will ride upon the swift”  (Isa 30:16)

In our day of planes, trains and automobiles, it seems laughable to flee on a horse.  Where are you going to go on a horse?  It is even harder to run away from yourself.

After all the masses have fled, who is left to fight?  The few who remain are the ones that followed the prophet’s counsel to hold their ground.  These few are “as a beacon upon the top of a mountain, and as an ensign on an hill.”  (Isa 30:17)

Isaiah’s counsel was not heeded in his day, but I believe him.  My strength is within me.  If I can just hold my ground and not run, my confidence resting firmly in the Lord, I will be an Ensign on a hill.  Others look and they see that the battle is not yet over.  They don’t give up either.  In the end, the Lord will win the battle with sin and death.  The Lord says, “I will fight your battles,” but you must stand your ground. (D&C 105:14)